London is one of the largest and most populous cities in the world. The English capital comprises of numerous neighbourhoods and residential districts which offer different possibilities and life styles to their inhabitants. However, not all London areas are the same, some are better than others and today we will turn your attention towards several of the city’s well-reputed quarters.

Camden Town is an inner city residential district which is located in the eponymous Borough of Camden. It has an estimate population of 25.000 people and is known to be one of London’s musical centres. The noted junction of Charing Cross is situated at about two miles from the area. Camden Town is home to several well-known landmarks such as Arlington House, Greater London House, Camden Catacombs, St. Michael’s Church, St. Pancras Old Church and the Roundhouse Theatre which is one of the city’s most renowned entertainment venues. The district is linked to the other parts of capital by its own tube station which sits on the Northern Line and provides transportation services to over 20 million people annually. During the years numerous notable people have lived in Camden Town which only serves as a testament that the neighbourhood is one of London’s finest.

The large residential area of Battersea lies in the Borough of Wandsworth in the southern parts of London. The district is a savvy mixture of old and new architecture and is mainly inhabited by the city’s middle and upper middle class. It is the location of numerous internationally known landmarks such as the New Covent Garden Market, the Battersea Power Station and Battersea Park. The area is also home to several top tier educational facilities including the Newton Preparatory School, Royal Academy of Dance and Sir Walter St. John’s School. Battersea is served by the busiest railway station in Europe Clapham Junction (c. 50 million passengers per year). 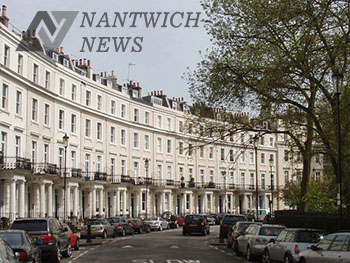 The area of Kensington is heavily associated with France as the district is the location of the French Consulate, French Embassy Cultural Department and the Lyceé Français   Charles de Gaulle which is arguably the best French primary and secondary school in London. Kensington is situated in the Royal Borough of Kensington and Chelsea and is one of the capital’s most opulent residential areas. It is the location of several world famous places of interest such as the London Oratory, Albert Monument, Serpentine Gallery, Speke’s Monument, Royal Albert Hall, Royal College of Music and Kensington Gardens a public park which is renowned for its Italian and Dutch gardens. Kensington is inhabited by some of the wealthiest people not only in the United Kingdom but Europe and the world as well.

Nothing Hill is one of London’s most affluent residential districts. It lies in the Royal Borough of Kensington and Chelsea at about three miles from Charing Cross. The area is known throughout the world for being the location of the annual Notting Hill Carnival which takes place during August. The district is home to numerous marvelous large terraced Victorian townhouses and some of the finest restaurants, public houses and bars in the British capital. Nothing Hill has always been known as a cultural hub and is a desirable residential district among painters, writers, poets and artists in general. Newcomers can easily relocate to the area with the assistance a company that offers booking Man and Van in London.

Greenwich is one of London’s most beautiful and greenest areas. It is situated in the eponymous Royal Borough of Greenwich in the southeastern parts of the city. The district has a population of over 30.000 and lies at approximately six miles from the intersection of Charing Cross. The area is most famous for giving its name to the Greenwich Mean Time and the Greenwich Meridian (0° longitude). During the 1990s, Maritime Greenwich (a sub-area which comprises of the Greenwich Park, riverfront edifices and the Georgian and Victorian town centre) was recognised by UNESCO as a World Heritage Site. The district is also the location of the Royal Observatory which was commissioned by King Charles II in 1675. The facility was designed by Sir Christopher Wren and was operational until the first half of the 20th century. Today, it is used as a museum and is one of London’s most visited and popular touristic sites. Greenwich is served by two railway stations and numerous bus routes. 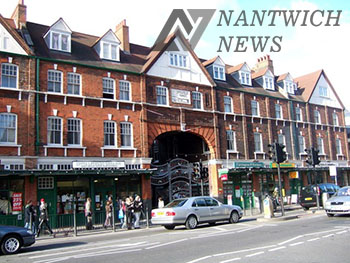 The district of Spitalfields is known for its old markets and mind blowing mixture of old and new architecture. The Old Spitalfields Market is perhaps the area’s most prominent landmark. The covered arcade is over 350 years old and is one London’s most notable bazaars. Christ Church is considered to be the district’s most distinguishable structure. It dates back to the first half of the 18th century and was designed by prominent English architect Nicholas Hawksmoor. The church is listed as a Grade I edifice and its main feature is its 62 metre tall spire. Spitalfields is home to one of the largest Bangladeshi communities in the English capital which all adds to the area’s multicultural atmosphere.

Pimlico is one of the city’s wealthiest residential areas. It was once the home of Winston Churchill, Laura Ashley, Swami Vivekananda, Laurence Olivier, Jomo Kenyatta, Aubrey Breadsley and many more. It is situated in the City of Westminster in the central parts of London. Pimlico is the location of several famous landmarks such as:

Some of Britain’s most expensive real estates are situated in the area. The district is linked to the other parts of the city by its own tube station.