For years feminists have been arguing that despite all the changes in the rights for women they still get lower wages than their male counterparts. But is it like this in reality? Many would say that women are still discriminated when it comes to wages when they read or listen to activists that site different sources and studies. But they neglect to look to the other side of the coin as there are an innumerable account of researches that unequivocally prove that the gap between the earnings of men and women isn’t as immense as feminists claim it to be.

The main reason behind the initial misconception that men earn more than women comes from the fact that feminists don’t take into consideration one of the main factors which is that not all jobs are the same and therefore require different levels of experience, competence and qualification. While it is undoubtedly true that when all employed women are compared to all employed men the gap between wages is immense it is also undeniably true that when the pay for females is compared to the pay for males who have similar qualification and work the same job the difference between the wages literally vanishes.

Women on the other hand lean to seek employment in the following sectors:

Recent studies show that the top male jobs have an average yearly wage of £46.000 while the top female jobs have an average yearly wage of £35.000 hence the immense gap between the pay for men and women. But this doesn’t mean in any way that if a women works in a field that is mainly dominated by men, she won’t get the same salary as its male counterparts.

Motherhood as a factor 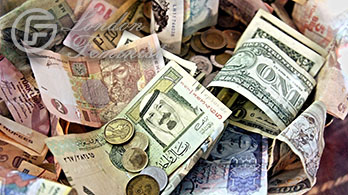 Many feminists also fail to mention that there is a big difference in the career growth of men and women. Numerous studies show that more than 65% of working women must halt their career growth around the age of 30 as it is by that time that university educated women then to get pregnant and have children which ultimately means that they obtain their maternity leaves in order to raise their infants and therefore stop the evolution of their career and therefore the growth of their salaries. Men on the other hand rarely pause or stop their careers after the age of 30 which leads to the fact that they reach their maximum earnings much more quickly than women and hence benefit from a higher pay for a longer period of time. This explains why there is a big difference between the overall earnings of men and women when they reach retirement age.