The way the question is asked in the title holds many risks when a discussion begins. This is why we will dabble carefully in that matter and will try to be as neutral as possible. The risks are mainly related to the topic not being understood properly. Feminism is a movement for equal rights of women. Unfortunately throughout the years this movements has grown to become pretty extreme. This is why society cannot take the existence of such a group of women very seriously. They organise noisy protests and come up with controversial ads in order to promote their ideas. Why is that so? Why are they angry?

Well nowadays we live in a time where seemingly women are completely free to do whatever they want. In many countries this is not the case. They are not literally oppressed but are judged – mainly by their own husbands or fathers. What we are trying to say is that humanity has been living under the rule of men for many, many centuries. Only over the last 100 years or so we have started giving women more legal rights. There is no excuse for the way men have behaved during the Middle Ages. Unfortunately these habits are hard to change. Yes, most young man nowadays do not mind treating women equally but there are those who want their wives to be stay-at-home moms and to basically have no job. These men want their women to only do chores and serve the family. If we are protesting against that – then fine. 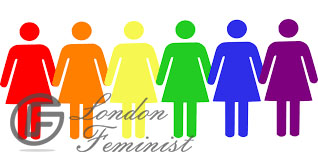 In this case the movement should be called Equalism, not Feminism. The latter suggests that women are striving for supremacy over men and this shouldn’t be the case. We need to admit, however, that there is a lot of work left to be done. On the surface women are perfectly integrated but in fact they are indeed limited in many areas. A study shows that 97% of the managerial positions in Europe are taken by men. But there is a counter study which tells us that young women simply do not apply for such positions or do not even major in management as much as men do in college.

We need to get to a point where people decide what they can do on their own. We must not judge them by their gender. If a lady displays qualities to be a leader we should promote her and give her power. For example cities which mayors are female have significantly changed the way they look. And we mean this in a very positive way.

Feminists who are very radical are mockingly called Feminazi on the Internet. These people usually think that men are evil and that everything is one huge conspiracy. We advise them to take a step back and look at the bigger picture. There are problems but they can be solved with dialogue.