“It is quite apparent that the fair gender has less physical strength than their male counterparts, from which we can only conclude that their rightful place is beneath men, serving them and catering to their every single whim. Because of their subservient position it is rather pointless for them to be allowed to vote in a democratic system or to take up any sort of profession or education that does not comply with their housekeeping duties. On the matter of obligations, a woman has to comply to the decisions of her husband at all times.” 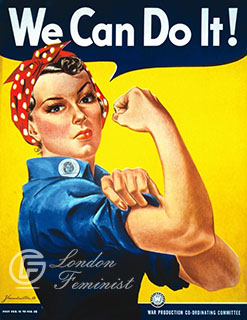 Perhaps this point of view was a bit exaggerated, especially considering that even the most conservative views in the west are more lax than this. The problem is that most modern day radical feminists would not try to make such a person see reason, and they would probably only assault him, without giving any true evidence supporting their point of view. A person who is as narrow-minded as someone who would say something like this is one that should definitely have his own rights taken away from him. Sadly the same can be said for any woman who instead of giving a valid counterargument would prefer to spew hatred.

If the only recourse you have against such an opinion are insults and hatred that only gives it legitimacy. Feminism has been, is and always will be about equality. Demanding anything more (or less for that matter) defeats the purpose entirely. While only few men in the civilized world think like that, this is a common opinion not that far east from here. The females who live there are the ones for whose right one must fight and not concern yourselves with the ramblings of somebody unsatisfied by life.