London is a city that offers something to everyone. The capital is a commercial, cultural and administrative hub that can be rivalled by very few destinations around the globe.

Many people come to live and work in London for the simple reasons that they have better opportunities for career growth and the quality of life they desire. Over fifty million tourists come for a short stay in London, since the city is home to some of the most iconic tourist attractions in the world.  Others come for shopping.

A small side-note before we begin – in case you need a beginners’ guide to London’s shopping areas, this means that you are probably new to the capital. Or you will be relocating there in the near future. In such a case, before you rush out to the nearest shopping street, there are other things that you might need assistance with, such as settling down at your new place. Such a thing would warrant hiring a moving firm, such us one of the many operating in all districts of the capital today. Good, proficient and skilful movers can make a difference during your removal, because they will handle the packing, transportation and unpacking of your goods, while you can invest the time and energy you will thus save into other, more pleasant matters – such as planning your first shopping spree in London. Just like you are going to need a thorough tourist guide if you visit London for pleasure, or a reliable and highly reputed moving firm  doing domestic removals in London to help you settle down if you will be becoming a permanent resident, in case you want to do some shopping in London you will need to know where to go. Tourist guides are abundant, and finding the right moving contractor that will work on a price you like is not that hard too. So, all you really need here is someone to guide you through the world of London’s shopping districts.  That’s what we will try to help you with here and it will be useful for you no matter whether you are a first-time visitor to the capital, or you have lived here all your life.

Indeed, one of the most iconic streets in the British capital is also a heaven for the casual and hard-core shopper alike. At the present moment there are well over 300 stores here – independent boutiques and representatives of world-known brands alike. Oxford Street is notable for being home to Selfridges, the first modern department store in London. If you like watching TV and would like to learn more about Selfridges’ history, we’d recommend Mr Selfridge – the period drama starring the talent of Jeremy Piven that follows the story of the original owner of the store, Harry Gordon Selfridge. While you are on Oxford Street doing what you love however, we might suggest that you slip off the beaten track and follow some of the side streets such as St Christopher’s Place and Berwick Street. It will definitely expand and enrich your shopping experience.

Easily reached through Piccadilly Circus and Oxford Circus, Regent Street and Jermyn Streets are continuously voted as being among the best places for shopping in London. Specialising in high-end fashion and technology, the stores here include legends of the industry such as Hamleys, Libery and The Apple Store. If you are looking for a high-quality, gentlemanly shirt to buy during your visit to London, then you should definitely drop by the nearby Jermyn Street. Based out here are some of the classiest shirt retailers in the world – Benson & Clegg. In one of their shirts you will feel like a royalty. Or at least like James Bond.

London contains some of the most expensive areas in the world – not only to live in, but also to shop. But there is a direct correlation between the quality and the price that you are going to be asked to pay here. Bond Street is the place where you are more than likely to bump into a celebrity on a therapeutic shopping spree. Bond Street and the whole Mayfair area are reputed as being among the most exclusive shopping destination in the capital and the inhabitants of the stores here clearly reflect this reputation – Tiffany & Co, Louis Vitton, Burberry and many others. 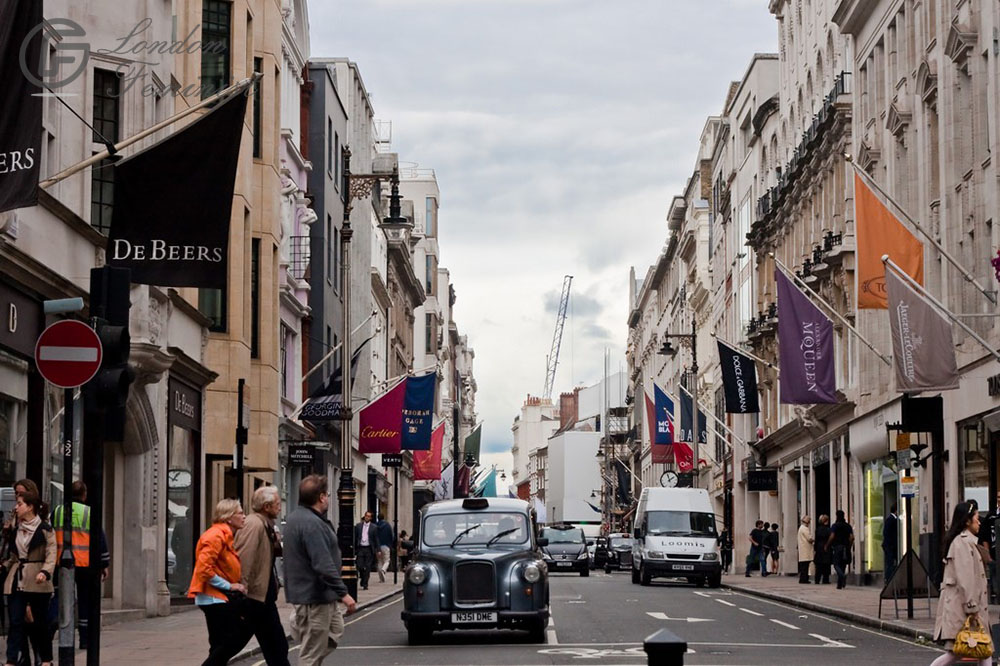 Tired of shopping for clothes, or just not a fan of the activity? Well, why not try something different. The legendary Covent Garden Market is known for offering treasures such as handmade jewellery, rare items – including antiques – that are going to be perfect for gifts or memorabilia from your travels, and hip-fashion choices that seem to supply half the young, modern-thinking population of London. Not only that, but with its rich history and beautiful architecture, the Covent Garden Market is also a pretty great place to just take a walk. The first time the market was opened was in 1654. The current building that hosts the market was built in 1830 after a Neo-Classical design done by one of the best architects of the era – Charles Fowler. Talk about shopping with class.

The busiest markets in London

An area that can be described only as posh, King’s Road is also a pretty popular tourist destination. You can easily access it from the station at Sloane Square and enjoy a full day of active shopping. The King’s Road stores are rather eclectic. Here you are going to find both chic-boutiques and shops of small, independent designers. If your feet get tired and you are overwhelmed by the abundance of goods that you have already seen, you can always stop for a coffee or lunch at some of the many cafes and restaurants that are also working on King’s Road. From here, you get quick and easy access to all the main points throughout London, so if you want to mix your shopping with some sightseeing, be our guest. Landmarks located nearby include:

When we said that King’s Road has a very central location, we really meant it. 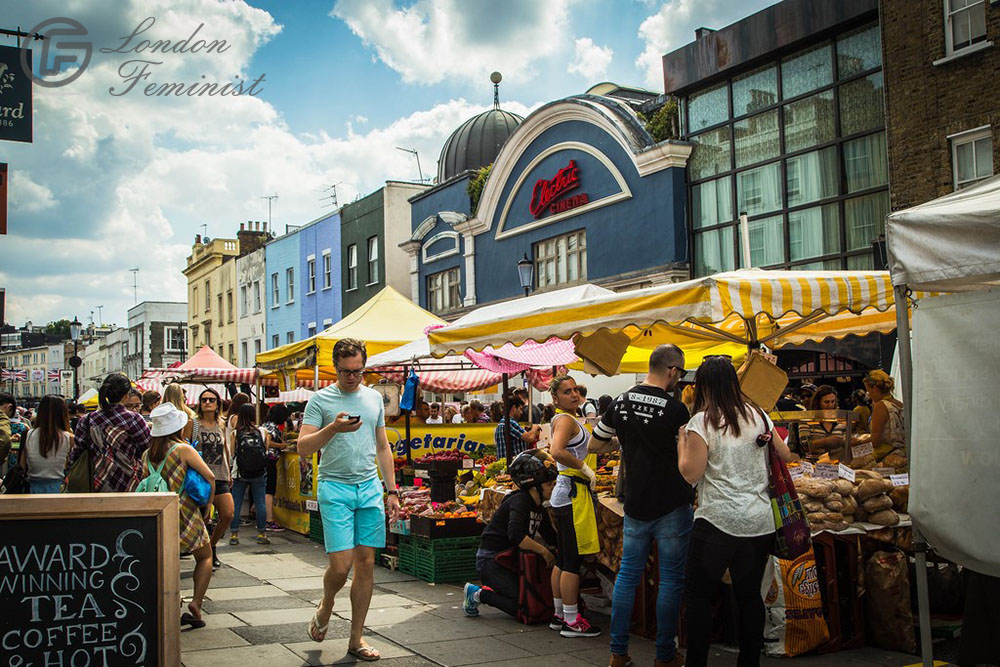 You know the place from the world-famous film of the same name. But the district of Notting Hill, part of the Royal Borough of Kensington and Chelsea, is home to a wide range of shops that you will not find anywhere in the capital. We’d recommend that you check out the Portobello Road Market in particular. Among other things, it is one of the longest street markets not only in London, but in Europe, stretching at the impressive 1.6 kilometres along the eponymous road. In Notting Hill you will find antique stores, shops specialising in vintage clothes and books and many more. There are also high end boutiques here, but they are not what Notting Hill is unique about.